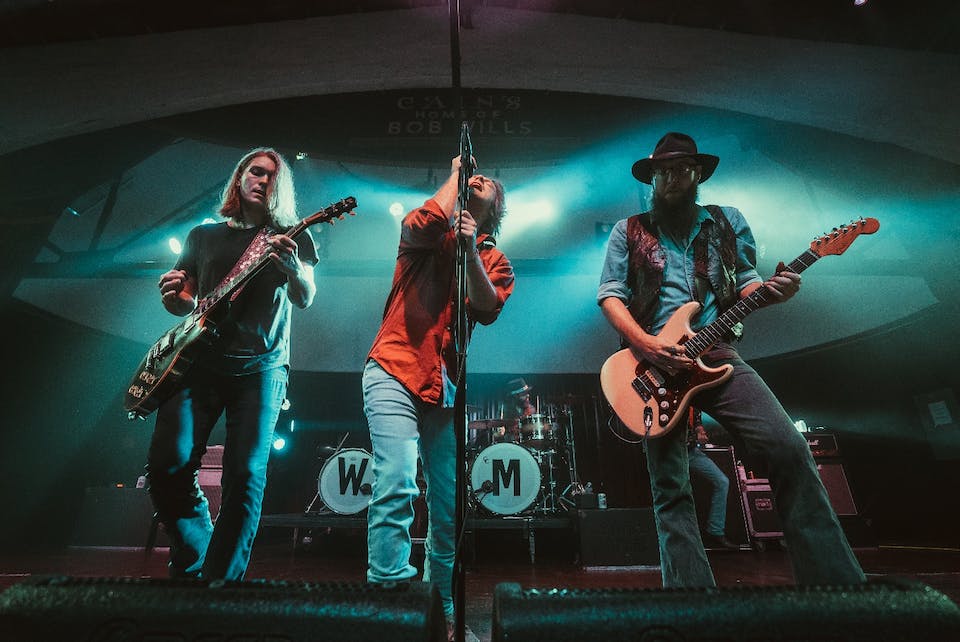 After playing more than 2,000 live shows since their emergence in 2007 and selling out 95% of their headlining shows over the past two years, the band's bringing their authentic outlaw fusion and incendiary good time to Cheyenne.

USA Today describes the band led by frontman Cody Cannon as “a riff-heavy blend of Southern rock and gritty country that has earned comparisons to the Allman Brothers Band and Led Zeppelin,” with Rolling Stone noting “it’s the seminal combination of twang and crunchy rock & roll guitars that hits a perfect sweet spot.” The band has also earned sync success with features in Seasons 1 & 2 of Paramount Network’s Kevin Costner hit show “Yellowstone”.

The band’s roots stretch back decades into the red dirt of East Texas, where Cannon, Jeffers and Tate first began playing together. They draw as much inspiration from Nirvana as from Waylon Jennings.

New self-produced album WHISKEY MYERS, out now on the band’s own Wiggy Thump Records, bursts out of the gate with the raging “Die Rockin’,” followed by such bruisers as “Rolling Stone” and “Gasoline.” Over the course of fourteen tracks, though, songs expand, moods change and songs like “Bury My Bones” and “California to Carolina” explore different stories and emotions.

The self-titled project follows their most recent album, Mud, which reached No. 1 on the iTunes country chart with single “Stone” hitting Top 10 all genre.

They took their blistering live show across the U.S. and U.K. non-stop, sharing stages with the likes of Lynyrd Skynyrd, Jamey Johnson, Hank Williams Jr. and the Rolling Stones racking up more than 300 million streams of their songs.

For this band of renegade brothers, the goal isn’t to fit into a format or try a new direction for its own sake, it’s to be true to the music they love — and with Whiskey Myers they continue pushing in all directions and sharpening their attack, whether country, rock, blues, whatever — even adding the legendary McCrary Sisters’ gospel influence to the project on background vocals.

Whiskey Myers has built a devoted following with their gritty authenticity, and this show is sure to bring an experience all their own. As Esquire proclaims, “Whiskey Myers are the real damn deal.” For more information, visit www.whiskeymyers.com and follow on social media @WhiskeyMyers.

About the Supporting Artist: The Steel Woods

With a pair of critically acclaimed Woods Music/Thirty Tigers releases under their belts in Straw in the Wind (2017) and Old News ¬(2019), Nashville-based The Steel Woods have lived up to their name as a hybrid musical force both in the studio, but especially live.

The band’s two original members are native sons of the south who both hale from small-town backgrounds. The Alabama-born Wes Bayliss played harmonica from the age of eight in his family’s gospel band, eventually teaching himself piano, bass and drums. Jason “Rowdy” Cope turned his love of Jimmy Page and Jimi Hendrix into a career as a session guitarist/songwriter and producer, moving to Los Angeles, then playing in Jamey Johnson’s band for nine years. The two met in Nashville playing the same gig one night in some out-of-town dive, and immediately discovered an affinity for each other.

Over the course of just over three years as a band, The Steel Woods have toured with fellow Southern rockers like Cody Johnson, Cody Jinks, Whiskey Myers and Blackberry Smoke as well as inspirations such as Lynyrd Skynyrd and Miranda Lambert, performing in Europe for the first time last year. In between another hectic year of concert dates, The Steel Woods are also preparing to release their third studio album for Woods Music/Thirty Tigers.

All upcoming dates can be found on their website at thesteelwoods.com