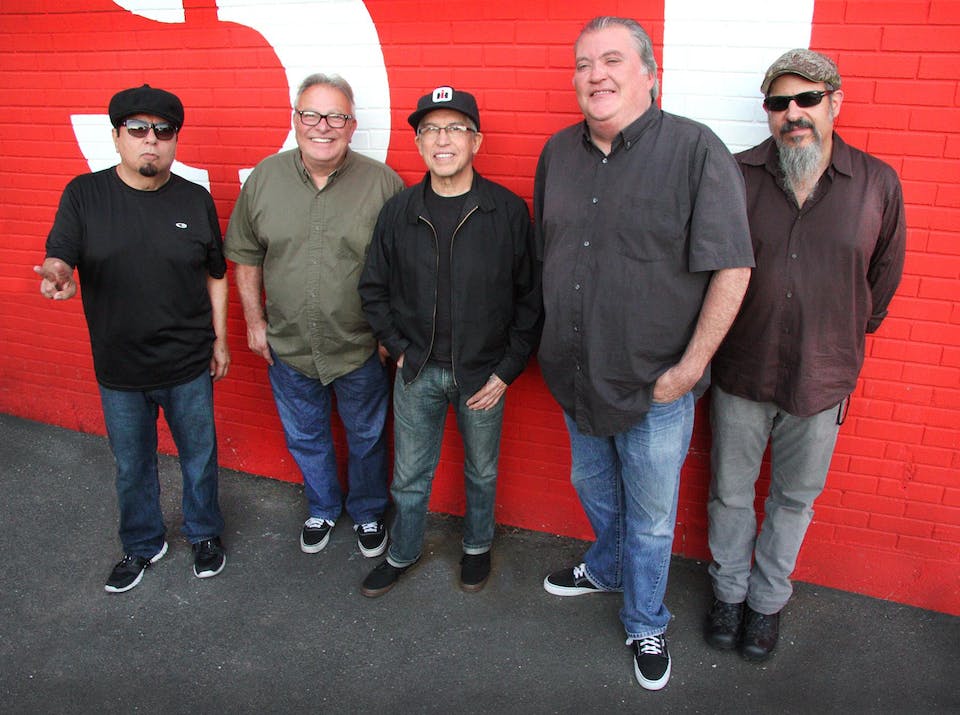 Facebook
Twitter
Email
The Mexican-American rock band will bring the house down at the Cheyenne Civic Center.

“We’re a Mexican American band, and no word describes America like immigrant. Most of us are children of immigrants, so it’s perhaps natural that the songs we create celebrate America in this way.” So says Louie Perez, the “poet laureate” and primary wordsmith of Los Lobos, when describing the songs on the band’s album, Gates of Gold.

The stories on Gates of Gold are snapshots of experiences that Perez and his band mates have had, based on where they are emotionally and how they respond to evolving life circumstances. “We live out loud most of the time and share our life this way, but then there are more intrinsic things that happen, and our songs are part of the way we react to them. We sit down and basically tell people what has happened. We certainly didn’t start this project with aspirations to create the musical equivalent to great American literary works.”

In the band’s early recording days - those years just before and after “La Bamba,” their worldwide crossover hit from the 1987 film which reached #1 on the U.S. and UK singles chart - they prepared for album recording sessions with top producers like T-Bone Burnett with pre- production that included multiple rehearsals and “outlining” what the project was going to be.

The journey to Gates of Gold began with Hidalgo bringing in a batch of ideas, outlines and chord progressions with no lyrics. As he and Perez began fleshing things out, developing grooves, melodies and lyrical themes, Hidalgo, his son, drummer David, Jr. and bassist Lozano began tracking those tunes. The collection opens with the reflective, mid-tempo rocker “Made To Break Your Heart,” featuring female vocalist Syd Straw, whose vibe was partially inspired by Hidalgo’s love for Manassas, the early 70s blues-country-rock band created by Stephen Stills.

Back in 2003, when Los Lobos was celebrating the 30th Anniversary of their humble beginnings as a garage band in East L.A., Rolling Stone summed up their distinctive, diverse, freewheeling fusion of rock, blues, soul and Mexican folk music: “This is what happens when five guys create a magical sound, then stick together…to see how far it can take them.” Originally called Los Lobos del Este (de Los Angeles), a play on a popular norteno band called Los Lobos del Norte, the group originally came together from three separate units. Lead vocalist/guitarist Hidalgo, whose arsenal includes accordion, percussion, bass, keyboards, melodic, drums, violin and banjo, met Perez at Garfield High in East LA and started a garage band. Rosas, who had his own group, and Lozano launched a power trio. “But we all hung out because we were friends and making music was just the natural progression of things,” says Perez, the band’s drummer. “Like if you hang around a barbershop long enough, you’re going to get a haircut.”